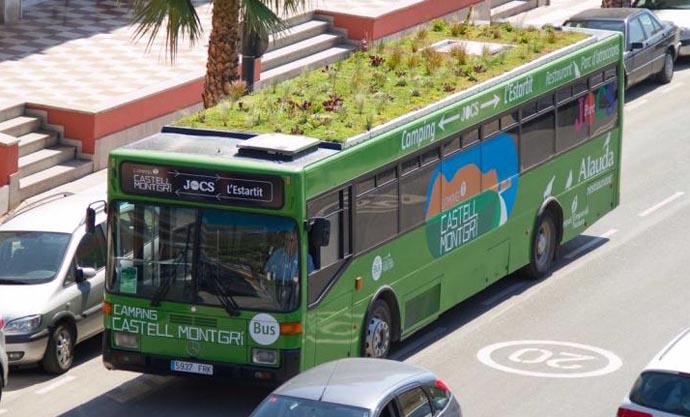 In fifty years, it is expected the vast majority of people will live in cities not yet been built. The quality of their design will determine the quality of life for billions of people.

Designing a city from the ground up offers the rare opportunity to reverse the dominance of car culture that is such a blight to today’s urban environment – to reflect a respect for human dignity that sees those who walk as more important than those in cars.

Such an aspiration is founded on the provision of good-quality cycling infrastructure and public transport. According to Enrique Peñalosa, who was the mayor of Bogotá, Colombia, between 1998 and 2000, and made dramatic changes to the city in favour of pedestrians: “An advanced city is not one where even the poor use cars, but rather one where even the rich use public transport.”

At its best bus travel can represent democracy in action, and yet in Britain we apply a one-size-fits-all approach.

London boasts one of the largest bus networks in the world. Around 7,500 red buses carry more than six million passengers every day of the working week. With more than nine out of ten residents of Greater London living within 400 metres of the city’s 19,500 bus stops, it is hardly surprising that the service is well used, but outside the capital it can be an entirely different story .

In answer to a parliamentary question In July 2005, the average occupancy for buses in Britain was stated to be nine. This figure includes the above-average occupancy of London, so the number of passengers on some rural services is likely to be lower still.

Even though most buses carry only a handful of people, the average fuel consumption across the national fleet is 98 mpg per passenger. It’s a figure twice as efficient as that of the average car, but it could be better still, and the service itself improved.

Given that most buses carry only a handful of passengers, it makes little sense to use a vehicle that weighs over 14 tons. The ride comfort of buses over the last six decades does not appear to have kept pace with that of cars, which is hardly surprising given that most are little more than heavy lorries fitted with hard seats.

Bus services are tightly regulated, but there provision is made for taxi and mini cab firms to provide local bus services outside London. the Department for Transport wants to encourage this alternative approach to bus travel.

Nine-seater taxibuses may offer a comfortable alternative to 50-seater single deckers, but they are as susceptible to delay caused by congestion. In Britain we are unlikely to embrace the scooter taxi services that are so popular and inexpensive in southeast Asia, so in the meantime buses need to run to time or at the very least, passengers need to know when a delayed service will actually arrive. Bus stops do occasionally have a digital displays, but now that the price of small LED screens has dropped to pennies, it is shocking that passengers are left to wait at stops without knowing when their bus will arrive.

In Britain there is no immediate prospect of building a city from the ground up, but it is possible that technology already in existence may provide an alternative future for buses.

Looking further ahead, electric Networked Vehicles (EN-Vs) fitted with sensors, cameras, wireless communication and GPS navigation that can drive without any input from the driver – could entirely replace the need for buses. The autonomous electric networked vehicles (EN-Vs) would use the existing road network drive themselves – they could be used as personal transport or even be sent off on their own to do a school run or pick up the weekly shop. The point is that there would be little or no incentive in owning one privately. The flexibility of personal transport and the environmental and social benefits of public transport – the EN-V concept has the potential to offer the best of both worlds.

Private car ownership rendered as good as useless and buses consigned to history in one fell swoop.