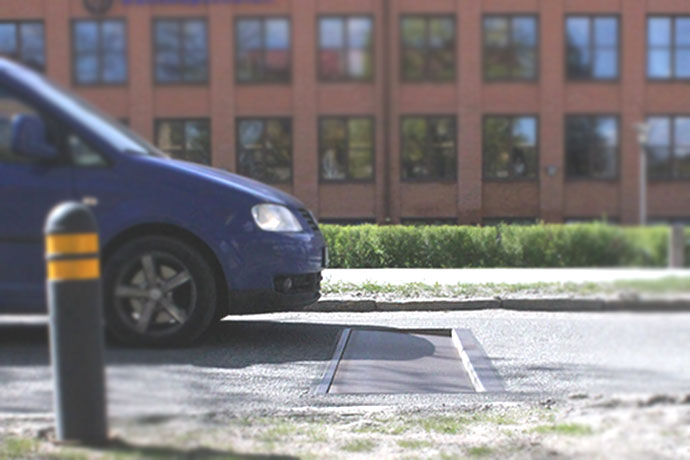 As a rule of thumb, lowering a speed limit by 10 km/h results in an actual reduction of only 2.5 km/h, a problem that makes reducing road danger challenging Swedish engineers think they have the answer in the form of Actibump – a traffic calming device that penalises only those travelling above the speed limit.

Unlike a traditional speed bump, which has to be negotiated by buses, lorries and emergency services whatever their speed, the Actibump leaves the road level for vehicles driving at, or under, the legal speed limit.

Speeding vehicles activate a hatch that is integrated into the road, lowering it by a few centimetres and in the process creating an inverted speed hump. The resulting step in the road gives the passing vehicle a jolt and has the result of creating an even flow of traffic.

The installation of Actibump on the Øresund Bridge that spans 8 km between Denmark and Sweden, has reduced the number of speeding vehicles by 95 %.
Linköping municipality in Sweden reduced speed limits from 50 km/h to 40 km/h in central areas of the city. At one site, on the approach to a zebra crossing, the installation of an Actibump. average speed decreased by 11 km/h from just over 41 km/h to just under 31 km/h.

The ETA was established in 1990 as an ethical provider of green, reliable travel services. Twenty six years on, it continues to offer cycle insurance, travel insurance and breakdown cover while putting concern for the environment at the heart of all it does. 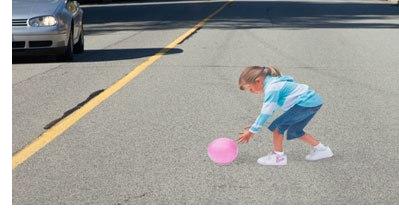 They say the roads are getting safer, but so slowly do the wheels of bureaucracy turn in favour of people who walk or cycle (as opposed to drive), that groups are being forced to take matters into their own hands.

A sticker applied to the surface of a road that gives the impression a child is standing in the middle of the street has been used to highlight the danger posed by traffic around schools.

A Canadian organisation called Preventable, which exists to raise awareness about preventable injuries, launched the pilot project to raise drivers’ awareness during the first week of the new school term.

Cricket fans have become used to seeing the pitch printed with elongated advertising slogans, which appear in their correct proportions when seen from a particular angle – in most cases when viewed from where the television cameras are situated. In the case of the road stickers showing the young child, the image gradually appears to be three dimensional as drivers approach the image. 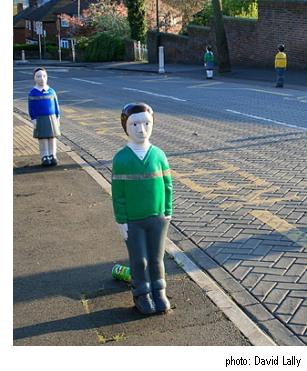 The sticker was installed following careful consultation with the local council, parents, engineers, and police.

The project was a highly imaginative way of highlighting the need for slower speeds and extra vigilance on the streets where children live, go to school and play.

Nearer to home, human-shaped bollards that give the impression that a child might be about to cross the road were installed outside Avenue Primary School in Leicester to help enforce a 20mph speed limit.

Our own charity, the ETA Trust, has developed a pop-up zebra crossing as a cost-effective way for parents to lobby their local authority for a safe crossing. 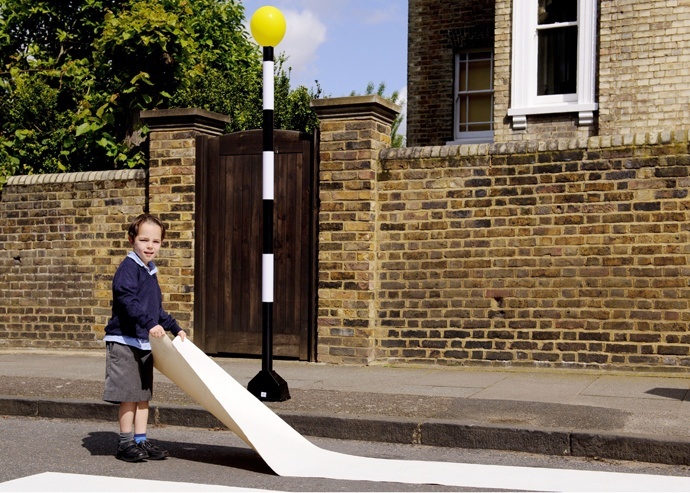 On the face of it, one cycle insurance policy is much like another, but the devil is the detail. How much excess you will be charged is just one of the things that varies wildly between providers. Another is so called ‘new-for-old’ replacement – many insurers use this term, but if your bicycle is more than a few years old, devalue it severely. This means you are left out of pocket when you come to replace it.

ETA cycle insurance has a low standard excess of 5% (minimum £25) and offers a new-for-old for life – how ever old the bike, if it’s stolen you get enough to buy a new model.

For 25 years we have been providing straightforward, affordable bicycle insurance. Whether you use your bike to commute, shop, race or amble in the park, ETA Cycle Insurance has you covered. We never devalues bikes no matter their age, allow you to buy your replacement bike wherever you like, replace stolen quick release components and we handle claims in-house. Can your insurance provider say the same?

We have been voted Britain’s most ethical insurer. Furthermore, every cycle insurance policy you buy helps support the work of the ETA Trust, our charity campaigning for a cleaner, safer transport future.