Whatever size of motorcycle you ride, continental Europe promises drier, smoother and emptier roads than those here in Britain.

Don’t make the mistake of thinking you need a big multi-cylinder machine to explore the roads of Europe. Just make certain you have European motorcycle breakdown cover and off you go.

After all, in the 1960s scooter riders thought nothing of crossing the channel to tour on small-capacity, single-cylinder two-strokes. And while Ewan McGregor’s adventure rides have done wonders for sales of the mighty BMW GS range, it’s worth remembering that in 1980 two riders completed the gruelling Paris Dakar having ridden their Vespa scooters across seven countries and 10,000km of brutal terrain.

Renting a motorbike for European riding

There are many reasons why renting a motorcycle for a touring in Europe can make sense. Over the last decade, a host of motorbike dealers and specialist hire companies have started to offer rental bikes. And where once the choice was limited, it is now possible to rent everything from a Honda CB500 or Harley Davidson 883, to a Ducati Panigale or BMW S1000RR.

The bikes are one or two years old, well serviced, insured, include European motorcycle breakdown cover and, most importantly, offer the chance to ride something much more focussed (and expensive) than you need for the daily commute. 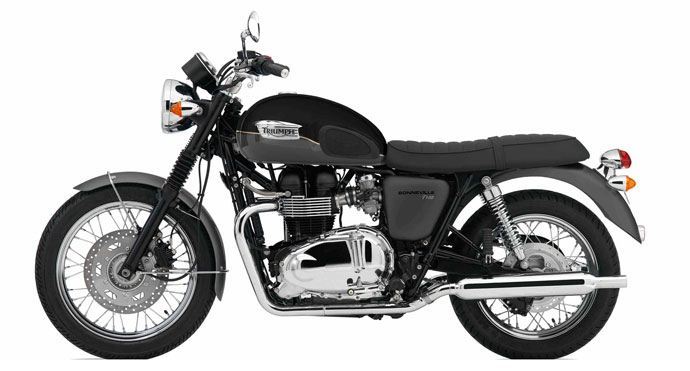 The cheapest and most popular option is to cross the channel by ferry or tunnel, but the route from Plymouth or Portsmouth to Bilbao or Santander is a civilised way to get straight to the incredible roads of northern Spain. Alternatively, you can put your bike on a train to Italy. A Dusseldorf to Verona Motorail train operates from July to August. Düsseldorf is less than four hours from Calais, or less than 3 hours from Hoek van Holland, Rotterdam or IJmuiden (serves by ferries from Harwich, Hull and Newcastle).

What do I need to take?

Whether you’ve got a full set of hard luggage, throw over bags or are braving it with a sports bag and cargo netted, pack smart – decide on what you think you need and then take only half that amount. At the first set of twisty roads, you will curse yourself if you have overloaded the bike.

Euro breakdown cover from the ETA is available for motorbikes (and cars) up to 20 years old.

The cover includes motorcycle hire for up to 14 days (maximum £60 per day). If your bike cannot be repaired within 72 hours the ETA arranges for you, your pillion and your motorcycle to be repatriated.